Their Slogan is “smoke-free city with Bdood “. It was on the 24th Iran international ELECOMP (Electronic, computer & E-commerce) exhibition in 2018 when everybody saw some modern orange bicycles for the first time. Then four months later, the bicycles were put on the streets of Tehran.

It was a new idea in this major city and introduced an unaccustomed ambiance to people. But after a year people grew more enthusiastic about using them. In other words, the city simply got used to them. This can be good news for the founders and authorities. Despite there being some unsolved problems and inconveniences, it would be injustice to overlook all the positive points these orange bikes have brought to the city. Sharing a bicycle is one of the most effective ways to reduce air pollution and traffic issues. It also helps people to curb obesity and improve their overall health. 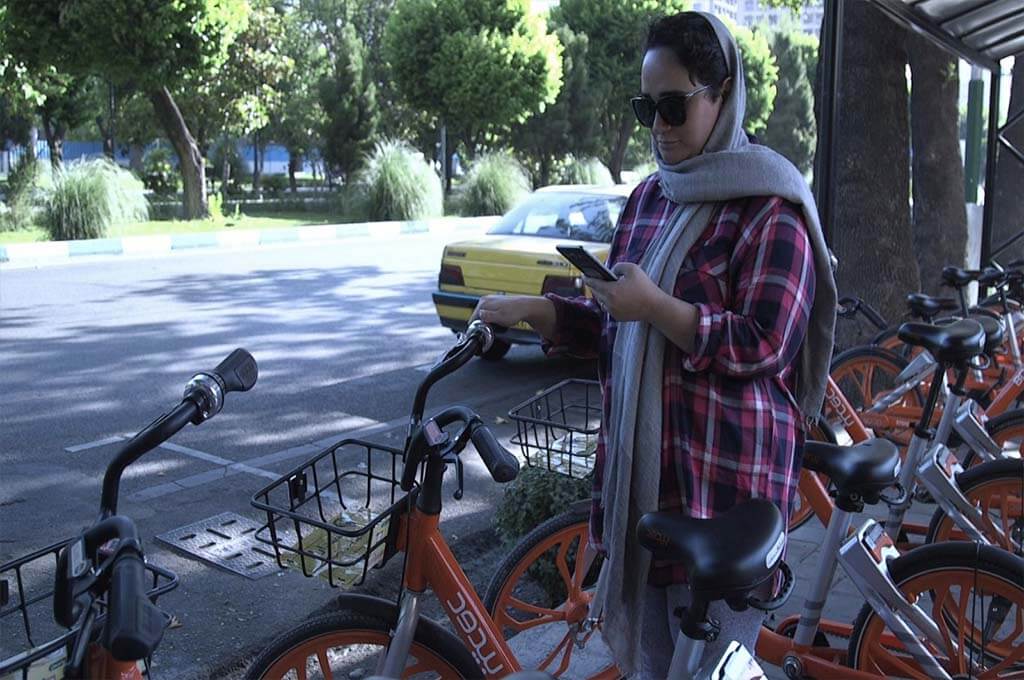 Like every metropolis, Tehran has its problems like traffic and air pollution. Many efforts are done in order to find the proper way to put an end to them. Most of these efforts remain unsuccessful; a case in point is Tehran’s notorious traffic congestion. By taking a look at countries with similar problems, noticing bicycles as a valid solution is not far reaching. The Chinese company “Mobike” is the biggest company which provides sharing bicycles in the world. The concept of sharing bicycles suggests you borrow a bike with a little amount of money and use it to reach your destination, then you can leave it there for other users.

The bicycle-sharing system originated in Amsterdam where Ludd Schimmel Peunik started the program in summer of 1965. It was gradually completed in Rennes, France. Hence onward, the idea gained ground and many cities started incorporating the same program.

Iranian programmer designed an application which is very similar to the its Chinese counterpart, named “BDOOD” to introduce the idea to Iranian users. It gained supports from the government and since the autumn of 2018 sharing bicycles has been available for Tehran citizens. 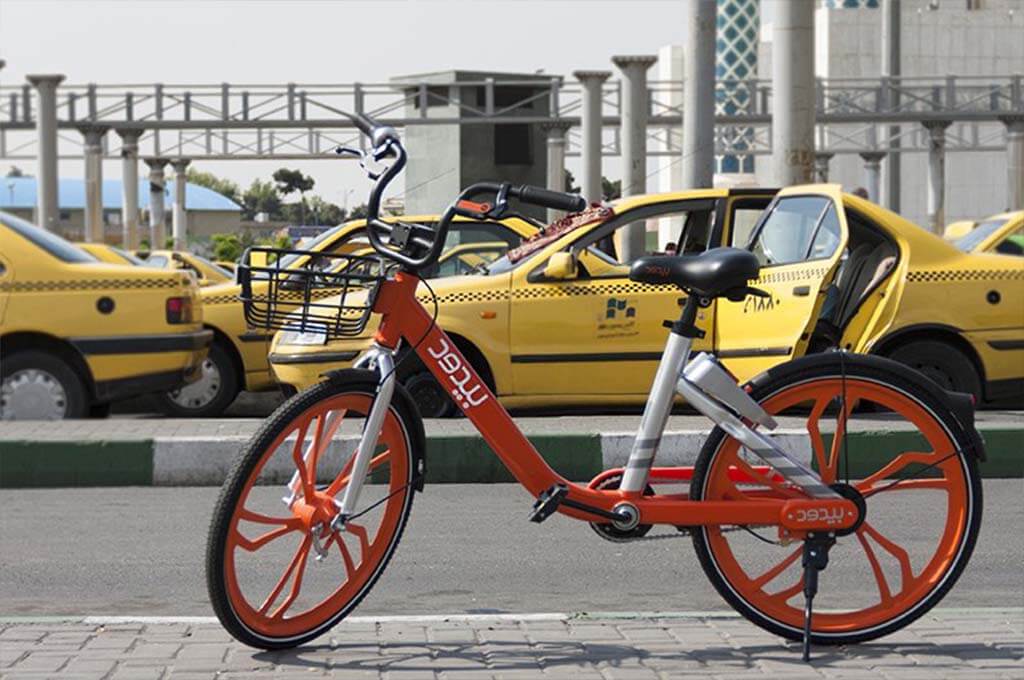 In order to use Bidood bicycles, the first step is to download and install the app. It is ready for download in android markets and BDOOD site. After installing, you should register and pay an amount in advance in order to use its services. You can ask for a refund at any time you desire. By using the map included in Bdood, you can find the closest bike around your home or workplace. After finding your bike, the app easily unlocks it for you.

The appearance of the bicycles is interesting, orange colored and modern-shaped body that gives the users a pleasant feeling. The body is heavy which is reasonable by considering the stability; however, it could be a problem when riding on slopes. Before using, you should fix the saddle and make it comfortable for your trip. Remember to check breaks as well. The frame, as it is written on the body, is 24. On the front wheel there is a black basket which is placed so that you can carry your accessories. It is able to hold a weight of 5 kg.

For each trip the app shows some statistics like the distance you rode, amount of calories that you burnt and the amount of carbon dioxide you would produce if you had driven a car instead. 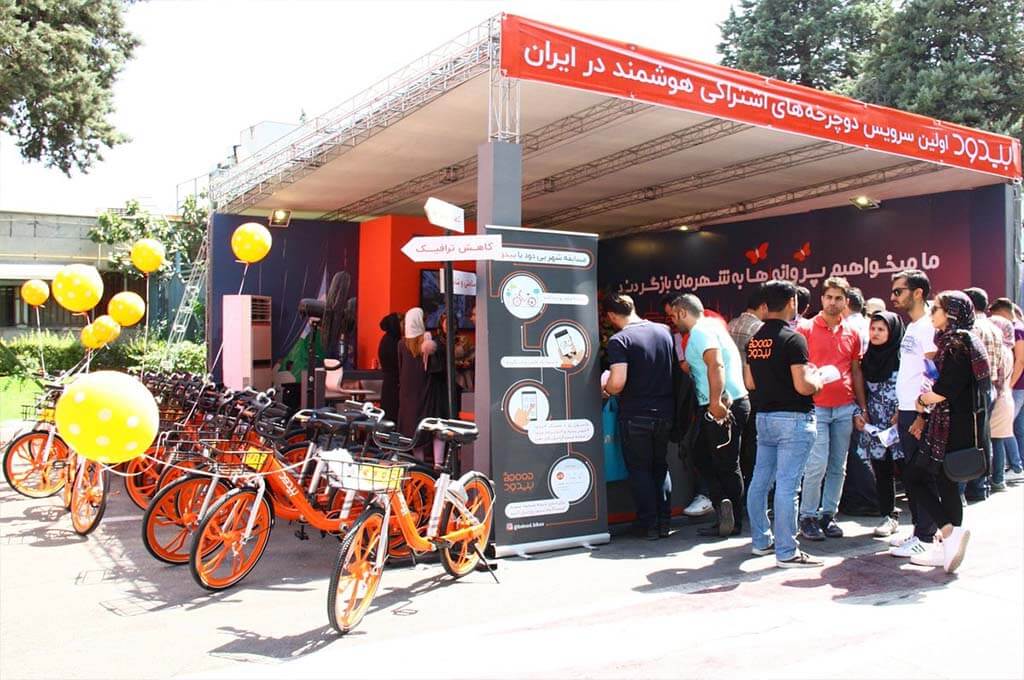 Reviewing people’s experiences reports some problems which the company is trying to solve. And news says the bicycles will be available in other cities soon. The government also said that they are planning to construct special roads for bikes which will make bike riding safer and more enjoyable.

It seems there is a need to advertise these bikes and their numerous advantages in the entire city so that people are encouraged leave their cars and use the bicycles instead. Sharing bicycles seem to be a good way to reduce pollution and help people to have better lives. In other words, using bicycles not only as a temporary habit but also as a life style can improve our city lives. 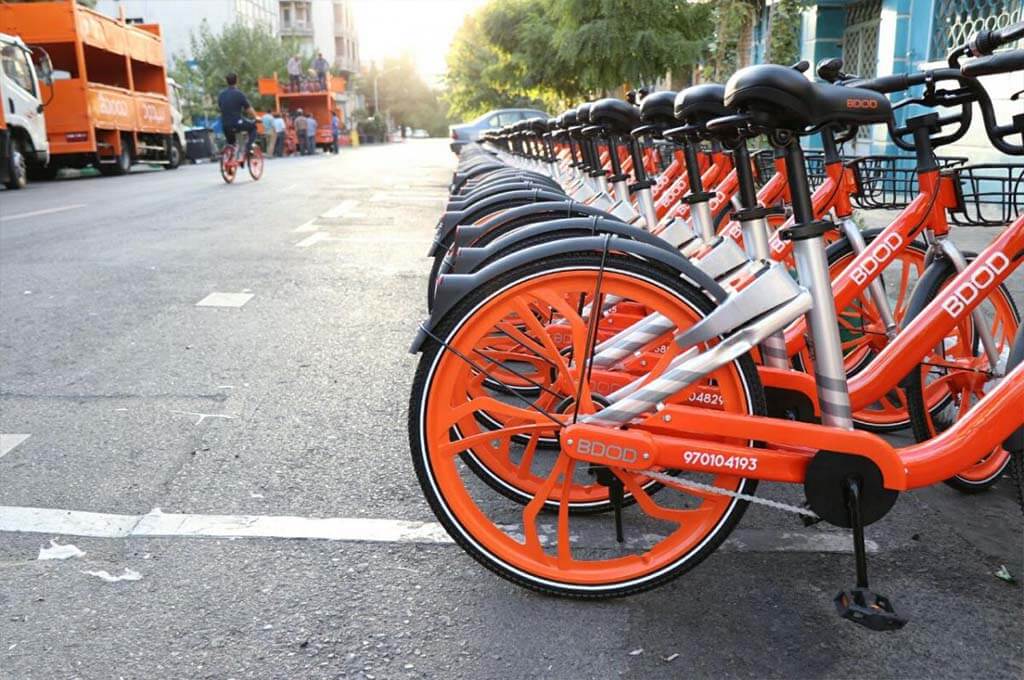