Getting Around Iran – Public and Private Transportation in Iran

Getting Around Iran – Public and Private Transportation in Iran

With so much to see and do, travelers will want to plan how to get around in Iran in order to make the most of their trip.

This guide to getting around in Iran explains the best transport options available in Iran. 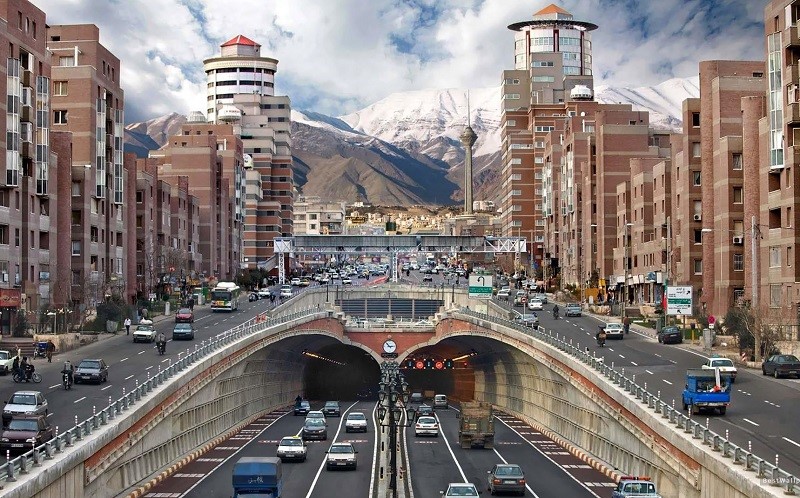 How to get from Tehran international airport to the city center?

Tehran International Airport (IKIA) is the most important of all Iran’s ports of entry for foreign tourists. From the Imam Khomeini international airport, most tourists head into the city center, either to reach accommodation or to take connecting transportation.

1. Hiring a private car with a driver

Hiring a private car with a driver is the most convenient option for Iran tourists. There are several transportation companies in Tehran international airport offering car and driver services. One of the most important advantage of using a private car rather than taking a taxi is that the price is agreed beforehand. So this avoids passengers being overcharged. Morover, it prevents travelers from waisting their time fining a way to get the destination. It is also one of the easiest and quickest ways to get to the final destination in Tehran as the driver will go straight to the address provided.

Pre-booking a private vehicle or using airport CIP services in Tehran airport is the recommended option for a hassle free and luxury trip in Iran.

2. Taking a taxi from the airport to downtown Tehran city

Passengers who have not booked a private transportation can instead take a taxi from the airport to the city center. There are plenty of taxis waiting outside the arrivals hall of Imam Khomeini International Airport.

In order to avoid being overcharged, it is important to agree on the price before setting off. It should cost no more than 2,000,000 Iranian Rials (6 to 8 USD)

Online taxis are also available and can be used instead of a traditional taxi service. Snapp and Tap30 is a popular option.

3. Taking metro from Tehran airport to the city center

The least expensive way to get from Tehran airport to the city center is to take the metro.

The metro has several stops in Tehran and takes over an hour to get to the center. Therefore it is the slowest option. Public transportation is used widely by locals in Tehran. 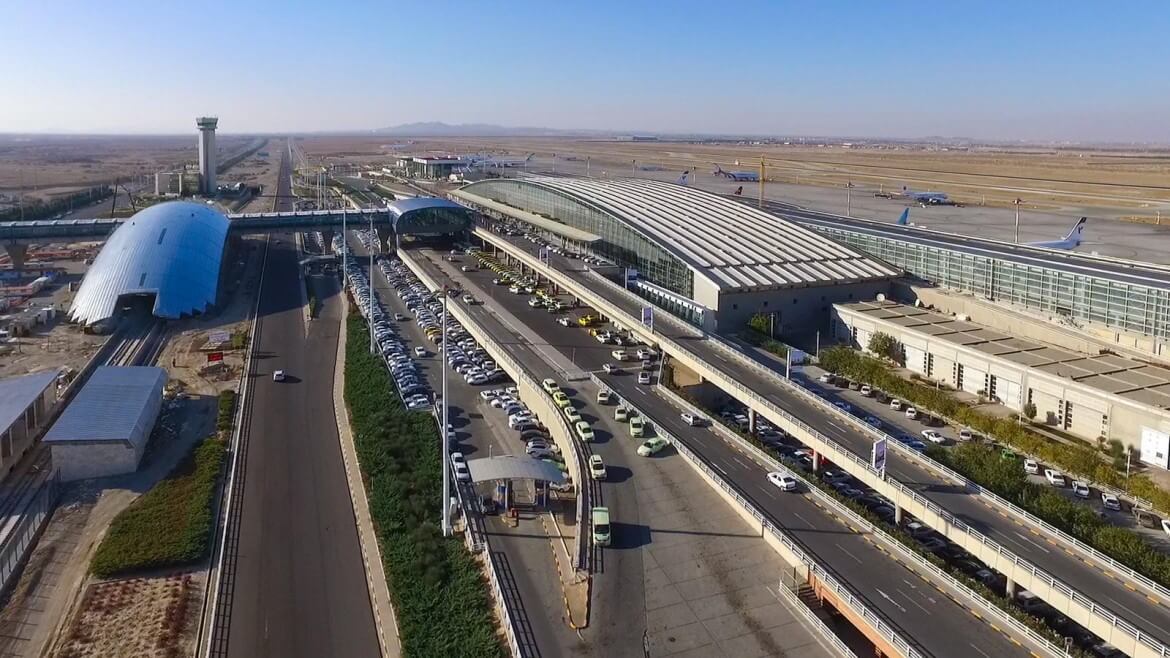 Iran has much to offer tourists. With interesting cities and attractions distributed throughout the country, Iran visitors may wish to cover long distances in order to see as much of the country as possible.

Several transportation options are available for traveling in Iran.

To get from one part of Iran to another, flying can often be the most practical and quickest solution. There is a much expanded air transportation network available in Iran. The country with more than 10 international airports is a platform for air flights to more than 30 countries in the world, on daily basis. The biggest airport as for internal flights is Mehrabad Airport which is also connected to metro, taxi, and bus stations. Moreover, the biggest airport for international flights is Imam Khomeini Airport in Iran with many flights to such countries as Austria, Germany, France, Turkey, China, Russia, Italy, Korea, Qatar, Malaysia, and etc., on daily basis.

All of 30 provincial capitals in Iran are connected through aviation system and 20 other cities also have airports. Aviation network is accessible in all around Iran and people can book their flights through contacting such airlines as Iran Air, Mahan, Kish Air, and etc. to experience secure flights.

The several major airports in Iran cities are as following:

2. Road travel, getting around in Iran by land

All cities and most of villages in Iran are connected through roads. In addition to main roads, there are many highways and freeways in Iran to connect big cities such as Tehran, Karaj, Tabriz, and Isfahan to each other. More than 20 cities in Iran are connected to highways. Moreover, there are also 9 Asian highways in Iran which connect surrounding countries such as Turkmenistan, Turkey, and Afghanistan to each other.

How to get around in Iran by land?

One of the most common transportation methods is using buses. Every 30 provinces in Iran have some terminals for passenger transportation by bus to the other provinces, on daily basis. Almost every city in Iran could be reached by bus; and, the farthest Iranian cities are connected to each other through this means of transportation. City buses and BRTs also are available to transfer people within cities, upon low cost.

Tourists who prefer not to get behind the wheel can hire a car with a driver to explore the country. This is a popular means of transportation for tourists in Iran because of several reasons. The costs of hiring a private car with a driver is not too expensive in comparison to other countries. Moroever a local driver can help the visitors to make the most of their trio in Iran.

Drivers can rent a car to drive around Iran. Anyone intending to do so should familiarize themselves with the road regulations and will need to obtain an International Driving Permit (IDP).

3. Rail travel, getting around Iran by train

Another means of transportation in Iran is train with a history of about 100 years. Not all of the big cities in Iran are connected to railway system; however, north and south parts of Iran can be accessed, using train. Most of Iranian metropolises suh as Tehran, Shiraz, Isfahan, Mashhad, Tabriz and etc. are connected to railway system. Sleeper trains in Iran is a good way to travel through the night, they have also bunk beds and offer meals. 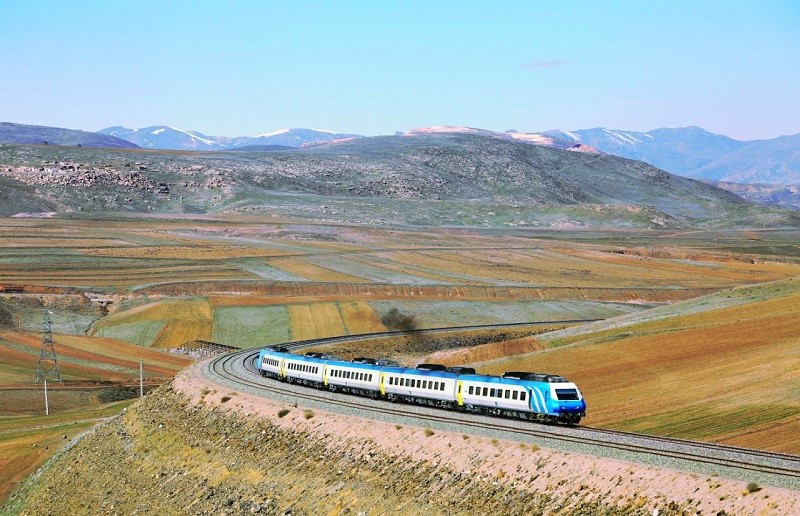 Iran is connected to several international waters in north and south. In the north, Caspian Sea and in south, Persian Gulf and Oman Sea are connected to other countries. Since there is no navigable river in Iran for passenger transportation; maritime transportation is used just for connection to southern islands such as Qeshm and Kish and/or neighbor countries such as Qatar and United Arab Emirates. 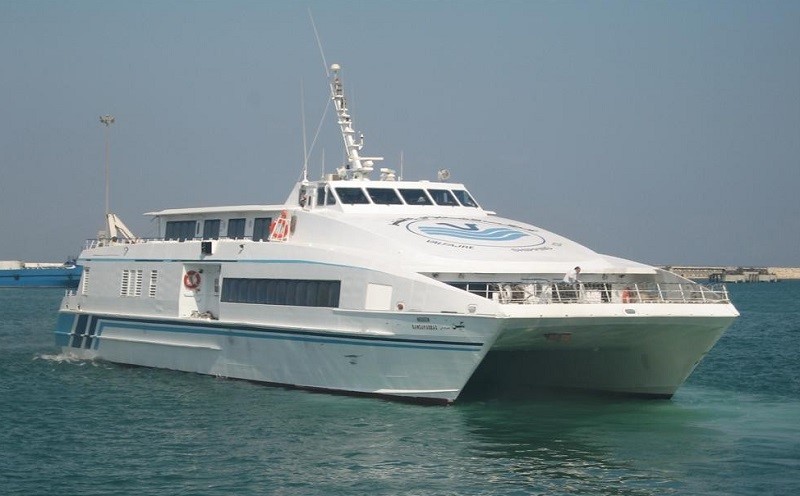 5. Getting around in Iran on foot

It is possible to walk from centrally located accommodation to certain tourist attractions some Iranian cities. Carrying a map is absolutely recommended. In some cities, such as Shiraz and Yazd, tour guides offer walking tours which is a great way to explore the area and get to know the local culture.