From ancient times, Iran has been a cradle of civilization, where noble families have dwelled in. This ancient civilization has led to the birth of various types of arts in this vast country, from the ancient times till today. People of the world are fascinated by Iranian artistic handworks, one of which is Persian Carpet. Various types of Persian carpet are famous all around the world and they are symbols of Persian culture.

They have always been considered as one of the most valuable Iranian commodities in all times. Here, we are going to introduce various types of Persian Carpet to you, so that you become more familiar with this valuable artistic work of Iran. 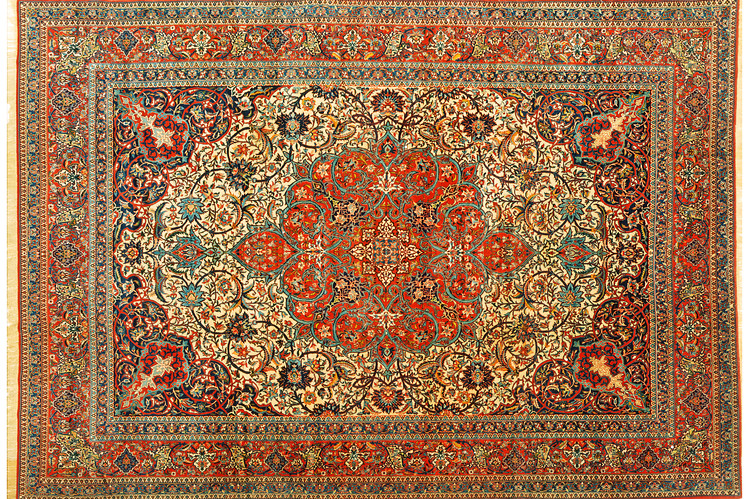 Afshar rug is a type of Iranian carpet produced by villagers residing in Shiraz, Kerman, and Yazd, cities in the southeast of Iran. Afshar style of carpet weaving (like most of Persian styles) is imitated in other regions of Iran and such countries as India, China, and Pakistan.

Like most of rugs woven by nomads, these rugs are usually available in small sizes. Afshar rugs are similar to Caucasian carpets in terms of color and form, and patterns used in them are usually of geometrical basis. Some of prevailing designs include several connected medallions in rhombus shape, single, hexagonal, and octagonal medallions, and/or a big hexagonal medallion (mostly covering up the whole background). Such motifs as rose flower, bushes, and semi-birds (Afshar Morghi in Persian) are also usually used. Colors used are mostly dark red, reddish brown, brown, violet, dark blue, reddish orange, and crimson. White, gray, and yellow are also used to create contrast. 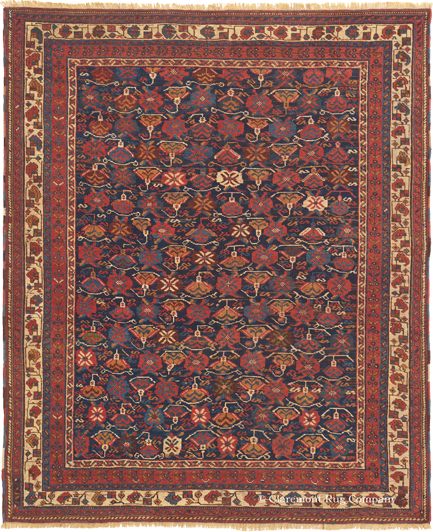 Ardabil Carpet is a famous type of Persian Carpet.  The motifs used in Ardabil Carpets are similar to those of Caucasian Carpets, mostly depicting geometrical patterns. Most of designs include medallions, multiple rhombus shaped connected medallions and octagonal shapes. 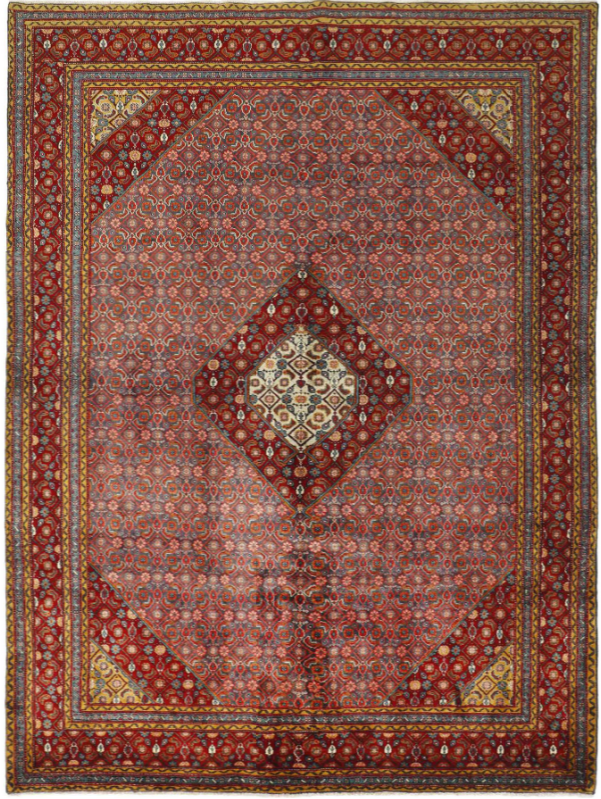 Ardabil Carpets compared with Caucasian ones have more motifs in the margins. Lighter colors are used in Ardabil Carpet. Ardabil Carpets are almost available in all sizes. Background of these carpets are mostly in turquoise, yellowish beige, cream, aqua, and light green colors.

Bidjar rugs are Persian carpets which are mostly produced in Bidjar City and villages around it. Bidjar is located in the northwest of Iran, in Kurdestan Province. 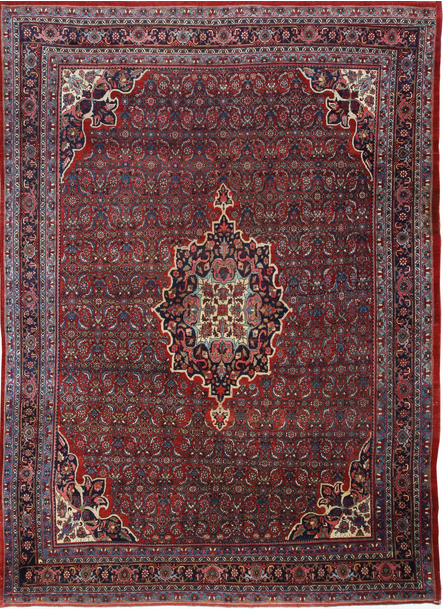 Bidjar rugs are mostly considered as village made rugs because either produced in the city itself or the villages surrounding it, they are mostly woven in local houses and not in workshops.

Patterns of Bidjar rugs include a combination of curvilinear (mostly) and geometrical patterns. Carpet weavers in Bidjar are interested in such colors as aqua, cherry red, brown, light blue, pink, yellow, brownish yellow, orange, beige, and ivory. In this type of rug, symmetrical (Turkey) knots are mostly used, even though sennah (assymetrical) knots or Persian knots are also observed in it.

Older Farahan Carpets are very popular in western countries. Most of these carpets have geometrical patterns. However, some carpets with curvilinear designs are also found in Farahan. These high quality carpets are mostly woven with cotton-based asymmetrical knots. 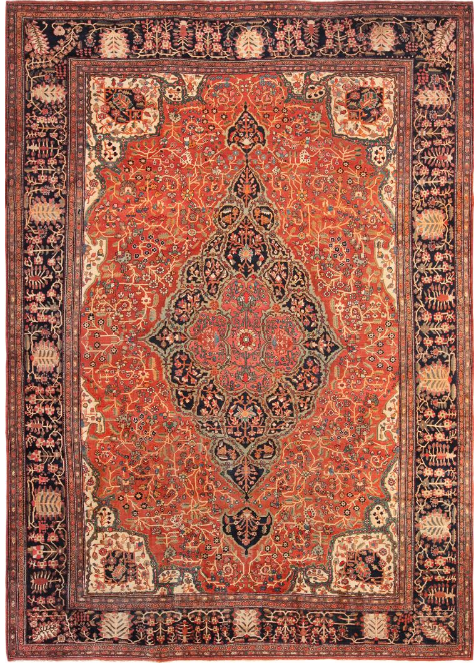 Carpets woven in this region can be divided into two types. The first type is specified upon overall design (infinite repetition) with such motifs and designs as Herati, Hannani flower, bushes, and/or Minakhani. The second type is usually specified with its medallion design, either hexagonal, rhombus, or oval with big pendants.

Isfahan is a popular Persian Carpet which has been famous all around the world, from past to the present. Since Isfahan has been the capital city of many rulers including Shah Abbas from the Safavid dynasty, many mosques and other great historical buildings have been constructed during 16th and 17th Centuries in Isfahan, making it a very important center of art. These buildings have been highly effective on the design of Isfahan Carpets. 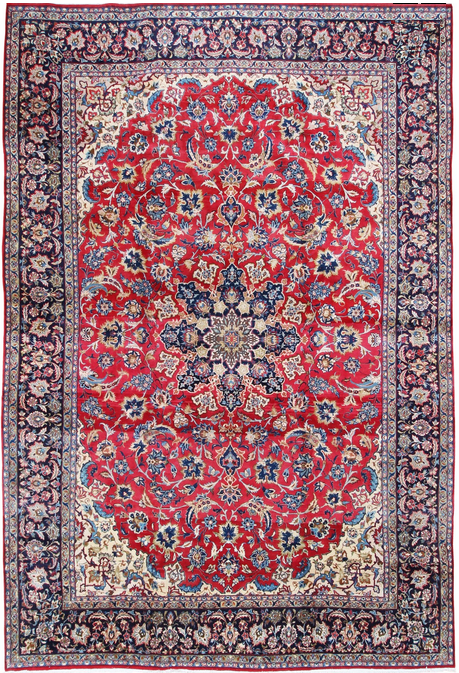 A prevailing design, based on medallion, is a large circle similar to mosaics constructed and used inside Sheikh Lotfollah Mosque’s cupola. Other designs include Shah Abbasi Lachak Torange, Eslimi Lachak Toranj, trees and animals, Shah Abbasi design, geometrical lachak toranj, and pictures of people and nature (sometimes based on Shah Abbasi miniatures). Many colors are used in Isfahan Carpet (rarely less than 15 colors), including turquoise, aqua, red, beige, as well as light beige containing gray. Background and margins are explicitly divided into two sets of five small margins.

Kashan Carpets woven in workshops located in Kashan City (north-central part of Iran) are very famous in Iran. Other regions in Iran and also such countries as India, China, and Pakistan imitate the styles of Kashan Carpets (like most of Persian styles). 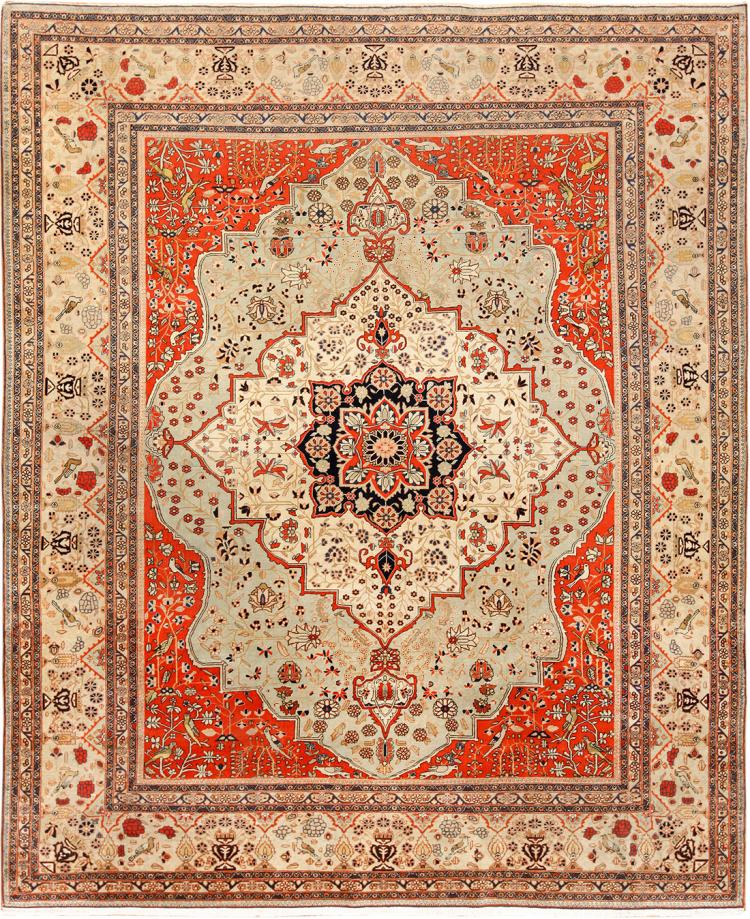 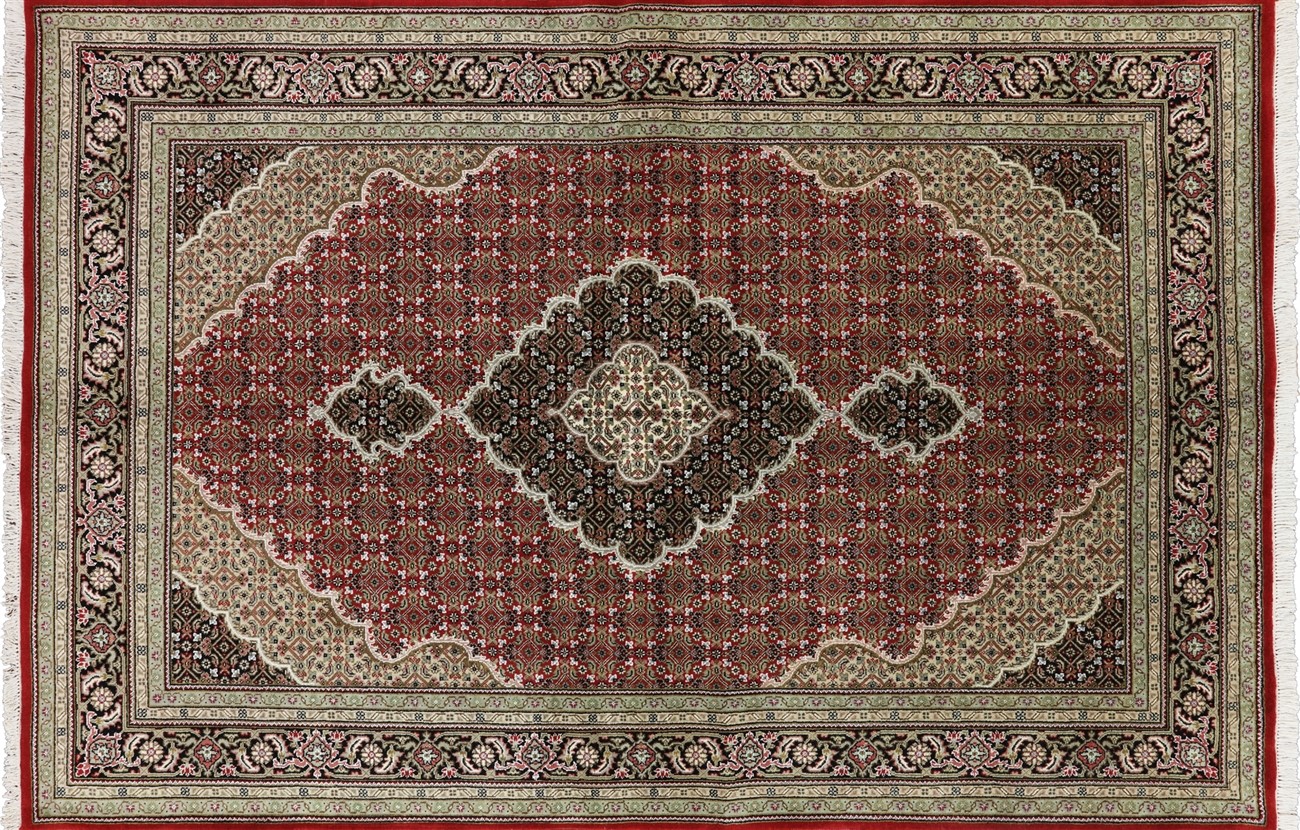 Tabriz Carpet is a type of Persian carpet which is produced in workshops located in Tabriz city and its surrounding areas. Tabriz is the capital city of East Azerbaijan province in the northwest of Iran. Tabriz is considered as one of the most important locations where Persian Carpets are woven. Some designs of curve lines are observed in these carpets; however, geometrical designs also can be found in these carpets. In Tabriz Carpets, mostly symmetrical (Turkey) knots are used. 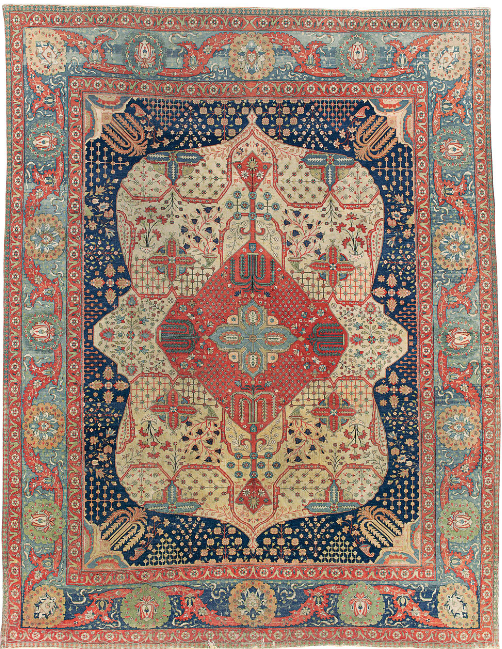 In this article, you have become familiar with various types of Persian Carpet and their specifications. We hope that it has been useful so that you can select your desirable carpet among original and elegant types of Persian carpets.