Golestan palace is one of the tourist attractions of Tehran, which has been built since the Safavid era in 988 AH, and many parts have been added to this palace complex during the Qajar and Zandiyeh eras. This beautiful palace has different buildings, and their different shapes and architecture represent the style of different eras. The Golestan Palace complex was registered as the 16th Iranian monument in the world at the 34th annual meeting of the UNESCO World Committee in 2013.

If you are interested in having a comprehensive tour in Golestan palace, check out Tehran city tours.

The Golestan Palace is a unique monument because of its spaciousness. When visiting this wonderful palace, you will be so immersed in its beauty, that you will not feel the passage of time. When you come to yourself, you will realize that you have spent a full day in this palace complex. This palace complex has various halls that we will introduce later. 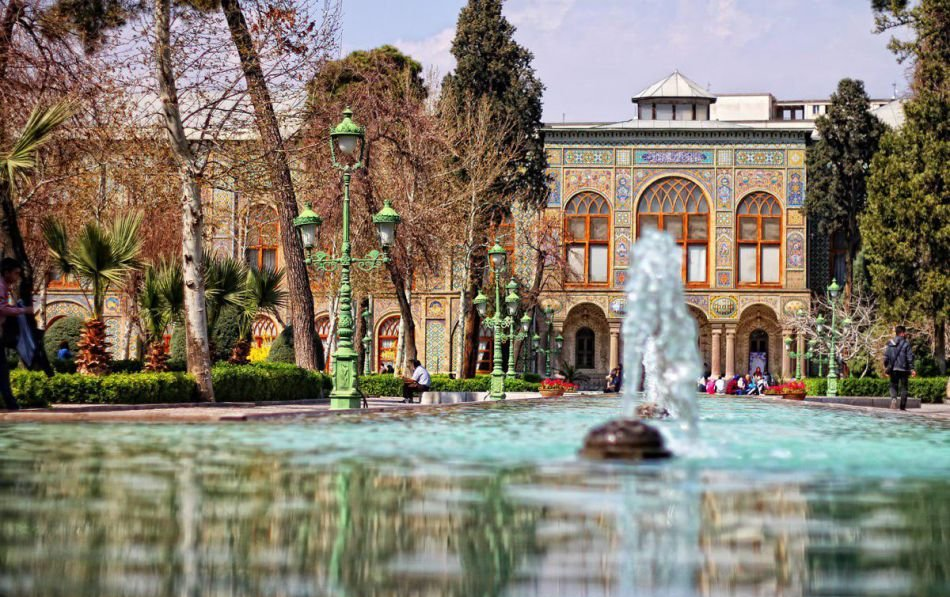 The main hall of Golestan Palace

The Salam Hall is one of the rooms of the Golestan Palace that has now become a museum. The first Iranian museum in the Qajar era was opened by Naser al-Din Shah in this hall. This is the largest hall of the Golestan Palace. The Salam Hall has original antique properties, including Tekiye Dowlat Moaven-Al molk that flaunts on the wall. In this hall of the Golestan Palace, You can see the clocks that Queen Victoria gave to Naser al-Din Shah. At the end of the Salam hall, there are maquettes of the Sun Throne, Naderi Throne, and Kiani Crown, the originals of which are kept in the jewelry museum. Except for these, all the items kept in this room are original.

The Mirror Hall in the Palace of Golestan has been mirrored from the floor to the ceiling. Its fame is due to the paintings that Kamal-Ol Molk has painted in this hall. There is also a beautiful and old handmade carpet on the floor. 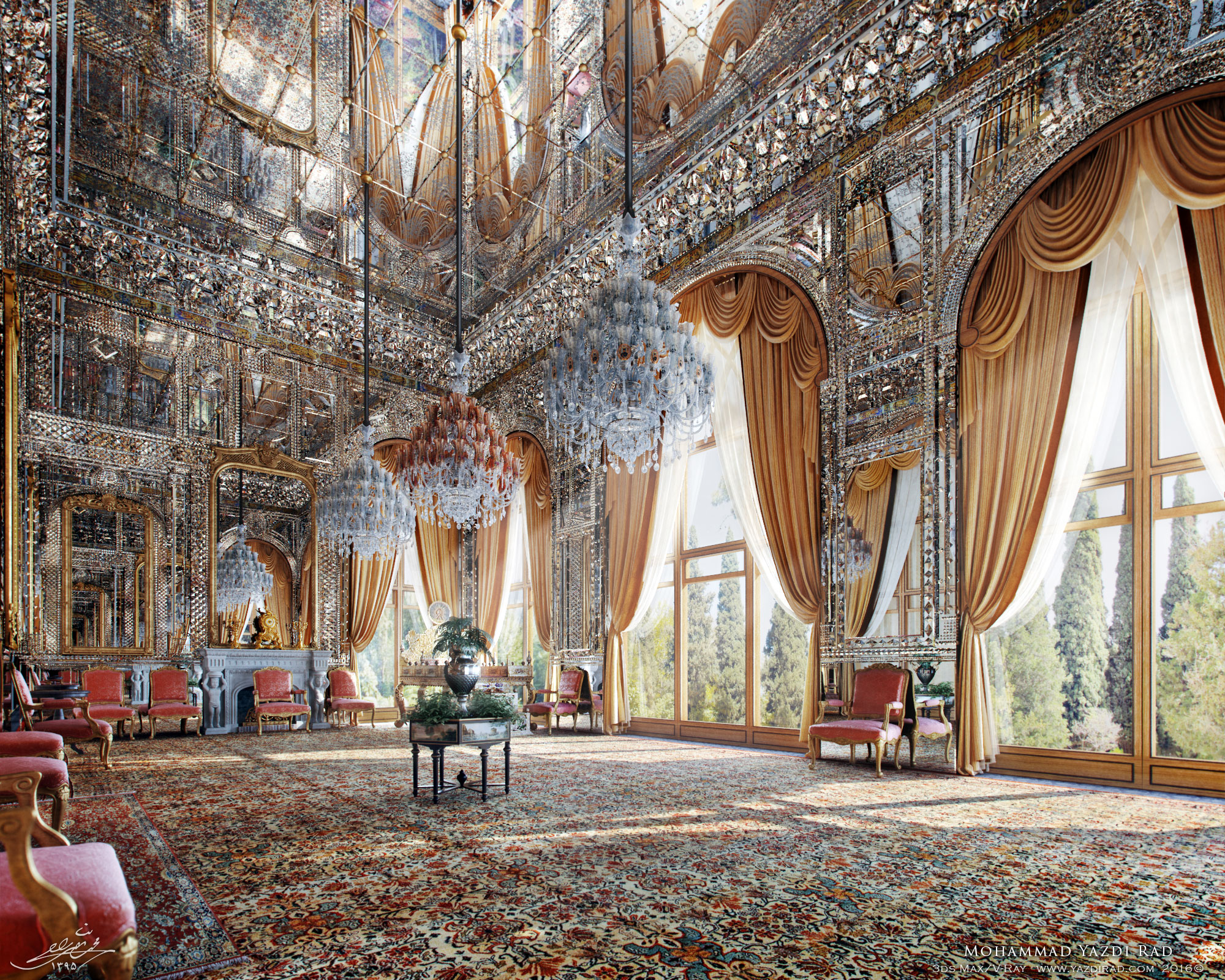 The Ivory Hall has a simpler architecture than that of the Mirror Hall and Salam Hall. Many consider this naming because of the presence of two large elephant ivories in this hall. Some other think this naming is because this hall was the reception room and dining room in the past. On the wall of the hall, there are the paintings of the kings that were painted by renowned painters.

Container Hall is a corridor-like hall with wooden shelves against the walls that are filled with precious old items. Among these items are famous Russian dishes. The sprinklers and pots of the Qajar period show off their beauty to the viewer.

Shams-Ol Emareh monument, located on the eastern side of Golestan Palace, has an Iranian architecture with a mirroring in which, of course, western architecture is also used. This was ordered by Naser al-Din Shah upon his return from Europe. The blue and red colors used in the glasses of Shams-Ol Emareh give it a special beauty. Inside Shams-Ol Emareh, there is a room called Shah-Neshin which is truly unique in terms of beauty and tranquility. The colorful glasses and the reflection of blue light on the mirrors on the high walls of the room have multiplied its beauty. Next to the Shah-Neshin room, there is a room called the Picture Gallery. At the end of Shams-Ol Emareh, there is a porch with a paving floor. 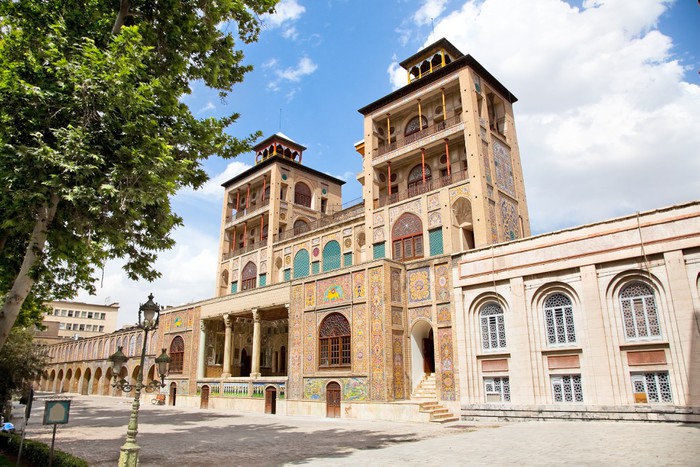 Red color dominates the Diamond Hall. The Diamond Hall also has a room called the Photo Gallery where old photos are on public display. It has a large basement with wooden windows.

Other halls and mansions of Golestan Palace

Hence, the Golestan Palace presents a historical journey for every visitor. Mirrored Walls of the Mirror hall and Salam Hall Shows the splendor of the Qajar period. The Emarat-e-badgir represents the simplicity of the Safavid era. This Palace is one of the most beautiful monuments in the world that you can’t watch it enough. The paintings and mirroring on the walls and the colors and motifs will remain in your mind for a long time after you leave the Golestan Palace, and you want to tell others about its beauty and its uniqueness.