Religion plays a large role in Iranian society. Islamic principles regarding law, politics and social customs continue to influence Iran’s laws and political interactions. The vast majority of the Iranian population (99.5%) identify as Muslim, mostly of the Shia denomination. Even though most of its people are Muslims, the country is home to numerous religions. Small communities of Christians, Jews, and Zoroastrians are also found throughout the country. You’ll see a predominance of mosques over churches and synagogues, as you travel around Iran. The influence of various religious beliefs, from its birth and through to subsequent periods of global recognition, highlight a rich and varied set of belief systems that have helped shape the nation today. Here’s what you need to know about the religions in Iran.

During the ancient times, when the first tribes lived in the old land of Persia and organized the first cities and civilizations, they had their own legendary philosophies which little by little changed to Mithraism religion. Mithra was the god of faith and loyalty; but the first official Iranian religion, which was assigned during the Achaemenid era, was Zoroastrianism, and the lord was Ahura Mazda, the creator and the keeper of all the goodness in the universe. Zoroastrianism is the glorious religion of purity believing in Good words, Good thoughts and Good Deeds.

During ages and decades and in the result of cultural confrontations, wars and migrations other religions have entered Iran. A population of Jewish people has lived in Iran since ancient times, and Christianity in Iran was grown since the early years of the faith in two minority groups of Armenians and Assyrians. This is more than 14 centuries since Islam entered Iran and now it is the official religion in Iran.

Today, although the majority of Iranians are Muslims, minor populations with different religions are living in Iran and they have managed to keep their ceremonies and rituals alive and there are shrines cathedrals fire temples from different religions hidden in every corner of this aged country. That is why Iran is a destination of religious tourism, hosting many travelers who are passionate about the truth of a religion or the followers of a specific belief.

Iran has a deep Islamic history. Impressive Islamic architecture and monuments throughout the country are visible reminders of this history. In Iran, 99.5% of the population are Muslims of whom 90-95 percent are Shia, and 5-10 percent are Sunni. In order words, Islam is the country’s main religion. For the vast majority of the Iranian population who identify as Muslim (Shia), Islam plays a significant role in their personal, political and legal lives. The country has long been a center for Islamic scholarship, with Iran being home to one of the oldest and most respected institutions of Islamic education in the world.

With no doubt, Iran is the land of glorious mosques with turquoise domes, high minarets, eye-catching tile works, and fabulous ornaments. Since the first days of Islam in Iran, architecture masters started to construct mosques in every city. Fahrej Jaame mosque is known as the first mosque built in Iran. The most fabulous mosques are the ones built during Safavid dynasty. Isfahan Jaame Mosque, Sheikh Lotfollah Mosque, and Imam Mosque are the most marvelous Iranian mosques left in the city of Isfahan from the glorious days of Safavid art. Also, Nasir ol Molk mosque in Shiraz, known as the pink mosque, Kaboud Mosque of Tabriz (the Blue Mosque) and Jaame mosque of Yazd are highly recommended to be visited.

Apart from mosques, holy shrines in Iran are the motivation for many pilgrims and travelers for visiting Iran. The most important one is the holy shrine of Imam Reza, the eighth Shi’ite Imam. This shrine is located in Mashhad, the most important religious city of Iran with the biggest number of pilgrims and religious travelers especially the Shi’ites who come for pilgrimage from neighbor countries. The enormous shrine of Imam Reza has many halls with a spectacular architecture ornamented by delicate mirror works and tile works and the big number of pilgrims, leaves any visitor speechless.

The second important one is the Shrine of Fatima Masoumeh, which is located in Qom one of the most religious cities of Iran. Saint Fatima Masoumeh is the sister of Imam Reza and every year thousands of pilgrims from inside of Iran and other Muslim countries take religious trips to the city of Qom for visiting her sacred shrine.

The third city of Iran which is a religious tour destination is Shiraz that is proud to host the holy shrine of Shahcheragh, the brother of Imam Reza who passed away in this city. Residents of Shiraz and cities around frequently come to Shahcheragh for praying and the shimmering shrine and its spiritual atmosphere is a unique experience for the foreign visitors.

Zoroastrians are the oldest remaining religious community in Iran before the Islamic era. Zoroastrianism may have originated as early as 4,000 years ago. The rise of Islam in Persia coincided with a steep decline in Zoroastrian followers. The prophet Zoroaster is regarded as the founder of Zoroastrianism, which is arguably the world’s oldest monotheistic faith. Most of what is known about Zoroaster comes from the Avesta—a collection of Zoroastrian religious scriptures. 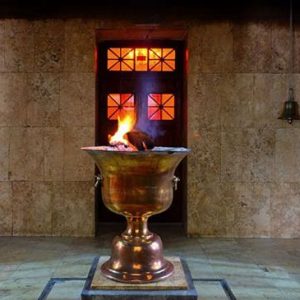 Yazd and Kerman are known to be historical cities with the biggest population of Zoroaster. They are the keepers of ancient Iranian rituals and still hold the spiritual Zoroastrian ceremonies every year. “Sadeh” is the midwinter festival in honor of fire and light, dating back to Achaemenid Empire and Nowruz is the biggest Iranian festival held on March 21 to celebrate the first day of spring and Iranian New Year.

The most sacred place for the followers of Zoroastrianism is located in a village near the city of Yazd and is called Chak Chak. Chak Chak (which means the sound of water dripping on stone) is where NikBanou, the daughter of last Sassanid king, cornered and passed away. Zoroastrians from all over the world come to Iran for visiting this magnificent place. Other important holy places for Zoroastrians are the Fire Temple of Yazd and the Fire Temple of Kerman, both with fires burning for thousands of years. Towers of Silence are one of the many living examples of Zoroastrianism still found in Iran.

Christianity in Iran had a long history, like other religions in Iran dating back to the very early years of the faith. In fact, Christianity arrived in Iran during the Parthian (Ashkanian) era. Since up to 99 percent of the population are Muslims, Christians are a minority religion in Iran. Approximately 800,000 Christians are living in Iran nowadays. However, Christians of Iran have played a significant part in the history of Christian mission. The biggest population of Christians in Iran include 80 to 120 thousands of Armenians who are living in Tabriz, Tehran, and Esfahan. 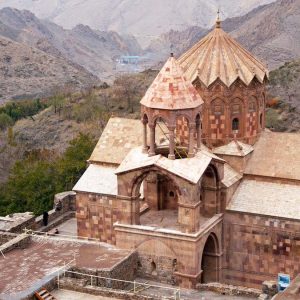 Currently, there are at least 600 churches in Iran. The ensemble of three Armenian churches, including St. Thaddeus Monastery, the Saint Stepanos Monastery, and the Chapel of Dzordzor, located in West and East Azerbaijan province were constructed between 7th and 14th centuries AD. These are inscribed as world UNESCO heritages and many Christians are attracted to visit these fabulous churches in Iran. Vank Cathedral of Esfahan, located in the Armenian Jolfa District is another important Christian heritage in Iran, used for holding religious ceremonies by the followers of this religion.

Like other minorities in Iran, the Jewish population of Iran has an ancient background, too. Some say they have lived in Iran since 3000 years ago. They are now residing in Shiraz and Esfahan and have their own Synagogues for their religious affairs.

The most highlighted Jewish heritage in Iran is the Tomb of Esther and Mordechai located in Hamedan city in the west of Iran. This tomb is one of the most unique religious tourism attractions in Iran and draws numerous Jewish followers from all over the world every year.

Religious tours in Iran provide a good combination of pilgrimage and sightseeing. Travelers can visit holy shrines and historical heritages of different rituals to experience spirituality in this country to get to know different religions in Iran, and then spend some more days on visiting other attractions of Iran, like the UNESCO heritage sites, natural wonders and enjoy Iranian hospitality.

You can contact our travel consultants to get more detailed information and plan your religious trip to Iran. Click here to send your inquiry.

The Iran passport stamp is a hot topic when it comes to traveling to the Middle East. It’s something that causes lots of concerns to Iran visitors. However, it’s not something you need to be concerned about. Read this Iran passport stamp guide to get the latest information. Also check out: How to get Iran [...] 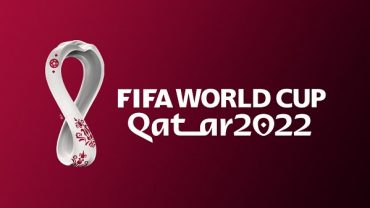 Qatar is going to host the 2022 FIFA World Cup and will host the event from November 21 to December 18, 2022. Due to the geographical location of Iran, this country is a great destination for the World Cup 2022 spectators who wish to travel to nearby touristic countries. Therefore, Iran’s government has recently announced [...]
READ MORE ARTICLES
Copyright © 2022 by Rashin Travel | Discover and Book Experiences, Tours & Activities in Iran